The ‘Eyes’ of March

I’ve always known who my eyes belonged to.  They are my mother’s eyes all the way.

My origins are documented in records of birth, a baby book, first footprints, many childhood pictures and family stories that begin the day I was born and have continued for 53 years.  I’ve always taken that for granted.  Until recently when a friend started to share her story.

Meet Terri, who was adopted as a very young child.  She had no birth certificate, no baby pictures of herself, no stories of her first years.  Born in 1965, she started searching for the missing pieces of her life when she was 12. In 1991 she discovered the names of brothers and sisters but didn’t meet them until 2010. In May of 2011 she met her father and discovered her birth mother’s last name. Her birth parents had not stayed together so he didn’t have much more information to offer her other than that one crucial piece.  It was what Terri needed to find her mother.

Unlike a Hallmark movie, there is no tearful reunion in an airport terminal or a sunny park. Terri’s mother had passed away a few years before. There were still unanswered questions.

A few weeks ago a much-anticipated package arrived at a house on Chennault Avenue at Barksdale Air Force Base.  An uncle had been located who had kept and guarded a handful of photos and a piece of paper for decades in hopes of one day putting them in the hands of a niece he had lost track of.  Terri’s hands trembled as she opened it, knowing it contained the official hospital record of her birth along with pictures of herself as a baby. 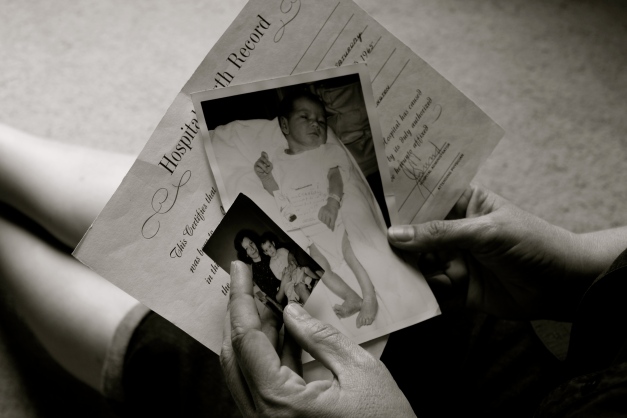 And more importantly, a photograph of a young toddler sitting on her mother’s lap, the mother’s protective arms around her young daughter.

Quietly, with tears streaming down her face, Terri tucked it all back in the package until her husband could be by her side.

Now Terri knows where she got her eyes.  We should all have that privilege. 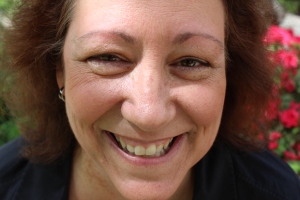