Growing up, I heard very little about my father’s participation in World War II but once I became a teenager and started learning about his life through the reading of the letters he and my mom exchanged through their courtship and through his time in the Army Air Corps, his pride in being a Veteran became apparent.

Little by little, through the years, I discovered tangible evidence of how important those years were to him and how he was shaped by them, resulting in a very evident patriotism which he passed down to his children.

When he died my brother mentioned in his eulogy that Dad was a collector of paper, discovered after we found box after box of letters, newspaper articles, and memorabilia in the form of not just those letters but programs, tickets, cards, photographs and yes, just about every cancelled check he ever wrote.

Sort of explains my file drawers, full of the same sort of things.  I apologize in advance to my children when they eventually end up wondering what to do with all that paper.

The fortunate result of his collecting is this very wonderful shadowbox which was given to me by the spouses when my husband’s Wing Command tour was finished at Tinker Air Force Base in Oklahoma.

It’s been in storage for several years as we retired and did some remodeling of the home we just sold in Virginia but it’s finally back up on the wall in our new home in Louisiana, a wonderful daily reminder of my heritage. 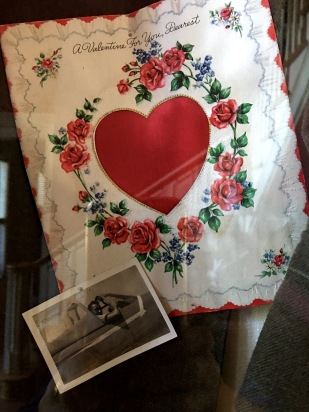 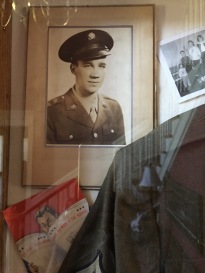 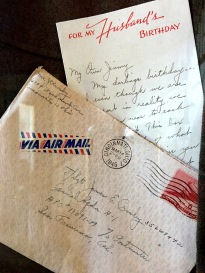 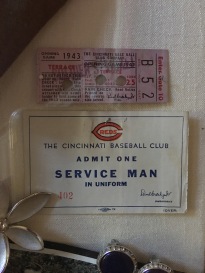 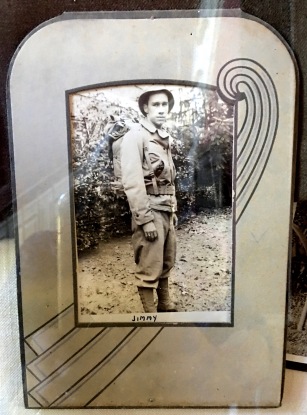 All summed up nicely with these words.

3 comments on ““History Makes You Smart, Heritage Makes You Proud””